Portland NORML Urges Gov. Kitzhaber to Respect the Will of the People Who Voted for Marijuana Legalization

Measure 91 Legalization Passed With 56% of the Vote, Greatest Support in the Four Legal States, 115,000 More Votes than Gov. Kitzhaber 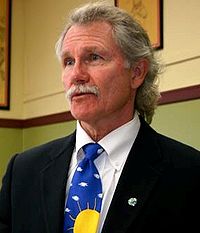 PORTLAND - Gov. John Kitzhaber has written a letter to Oregon Liquor Control Commissioner Rob Patridge expressing his wishes for the implementation of marijuana legalization in Oregon, as approved by the voters in the 2014 general election.  Portland NORML expresses serious concerns about the governor’s understanding of marijuana reform and apparent refusal to consider allowing the expressed will of the people to be implemented as written.

“Gov. Kitzhaber should recognize that regardless of his feelings on legalization, far more voters in Oregon supported Measure 91 than his re-election,” stated Russ Belville, executive director of Portland NORML.  “Measure 91 was written by the smartest activists in marijuana law reform to learn from lessons in Washington and Colorado, and fifty-six percent of the voters in Oregon responded by supporting Measure 91 as written by larger margins than voters supported legalization in Colorado, Washington, or Alaska.”

“Gov. Kitzhaber’s feeling that he knows better than the voters of Oregon is not without historical precedent,” notes Belville.  “In 1997, after two dozen years of marijuana decriminalization, the legislature passed and Gov. Kitzhaber signed legislation re-criminalizing simple marijuana possession.  In 1998, the voters of Oregon by a two-to-one margin, 66.5 percent, rebuked their elected officials by overturning that law in a referendum, once again showing more support for marijuana reform than the governor, who won that election with 64 percent of the vote.  Last year, more Oregonians voted against Gov. Kitzhaber than voted for him, while our state’s well-crafted marijuana legalization measure was winning by the largest margin in marijuana legalization history.  Gov. Kitzhaber would be well-advised to respect the will of the voters and implement the text of Measure 91 as they voted for it.”