Statement from Portland NORML Executive Director Russ Belville, a constituent of Rep. Blumenauer’s, on the federal taxation of marijuana 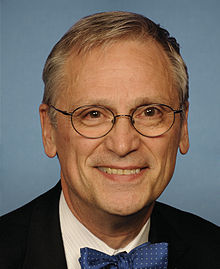 WASHINGTON DC - US Rep. Earl Blumenauer, representing Oregon’s 3rd District encompassing most of the Portland metro area, has with Rep. Jared Polis of Colorado introduced two bills that will hasten the end of federal prohibition of marijuana.

Rep. Polis has introduced H.R. 1013, the Regulate Marijuana Like Alcohol Act.  This legislation would remove marijuana from the schedule set by the Controlled Substances Act; transition marijuana oversight from the jurisdiction of the Drug Enforcement Agency to the Bureau of Alcohol, Tobacco, Firearms and Explosives; and regulate marijuana like alcohol by inserting into the section of the U.S. Code that governs “intoxicating liquors.”

Rep. Blumenauer has introduced H.R. 1014, the Marijuana Tax Revenue Act of 2015.  This legislation would impose a 10 percent federal excise tax on the sale of marijuana for non-medical purposes, rising to 25 percent as the legal market displaces illegal sellers.  Medical marijuana sales would be exempt from the tax.

Portland NORML Executive Director Russ Belville remarked, “Depending on voting precinct, Portlanders supported marijuana legalization from 70 to 90 percent in the past election.  We’re all happy to see members of Congress beginning to understand that a majority of Americans want to see the end of federal marijuana prohibition.  We are fully in support of Rep. Polis’s H.R. 1013.”

Belville warned, however, about the unintended consequences of Rep. Blumenauer’s H.R. 1014.  “Portlanders smartly recognized that in order for legal marijuana to compete with the black market, its taxation must be kept at competitive levels.  Adding another 10 percent to the price of marijuana creates another opportunity for illegal marijuana dealers to undercut our fledgling legal marijuana market.  We have our reservations about H.R. 1014, but recognize that federal marijuana taxation may be inevitable and realize that a 10 percent excise tax that doesn’t apply to medical marijuana may be the best deal Congress offers.”

Portland NORML will discuss these and other issues in its first public meeting, Saturday, February 28, at Noon at the SPIN Banquet Hall, 1125 SE Madison St.  Measure 91 Chief Petitioner Anthony Johnson will be on hand for a Town Hall Q&A session.  The meeting is open to the press and public.