Happy New Year from Portland NORML!  As we close 2015, we are looking forward to what 2016 means to our growing new organization and the evolving politics of marijuana in Oregon and beyond.  We want to thank you and encourage you to help us grow to accomplish the important work of equalization here in Oregon.

Below is a message from our Executive Director, Russ Belville, and a word from our Deputy Director, Scott Gordon, looking forward to the 2016 priorities for our organization. 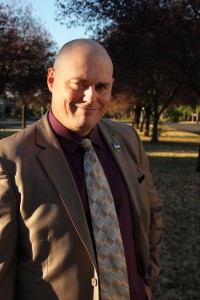 Happy New Year to all our dedicated Portland NORML members. We’re approaching our one-year anniversary and we want to thank you for making our organization the powerhouse that it is.

2016 promises to be a watershed year for marijuana law reform nationally. Nevada is already on the ballot for legalization and California, Arizona, Massachusetts, and Maine are likely to join them. Michigan and Ohio might also get in the race and Vermont and Rhode Island may just legalize through their legislatures. Florida and Missouri may be voting on medical marijuana as well, so if everything turns out in our favor, there will be eleven states enacting major marijuana law reforms next year.

Here in Oregon, our mission to move our legalization towards equalization continues. These are the concerns we have moving forward. Please let us know if you feel other issues should be added, too.

We will be fighting during the special legislative session for a change to that law. Alaska has already approved them and Colorado is negotiating on them. Nevada, California, Arizona, and Massachusetts legalization initiatives offer a path toward lounges and Maine’s initiative creates a specific social club license. We will not allow Oregon (and Washington) to be the only legal marijuana states where a tourist has no place to light one up.

Pot Shop Zoning - As Oregon prepares for the licensing of adult marijuana shops, we will be vigilant in opposing regulatory and zoning restrictions that reduce adult access, like requiring pot shops to be 1,000 feet from medical dispensaries.

Expungement - Oregon has been proactive in creating a process by which those convicted of marijuana crimes can get their sentences reduced or eliminated and their records sealed and expunged. We will be working with groups like the Oregon Criminal Defense Lawyers Association to provide resources to help folks with this process.

Marijuana Bill of Rights - Just as other states are taking the lead on the adult-use venue issue, they are also moving ahead of us on protecting the rights of pot smokers. Included among our goals are to prevent employers, landlords, schools, medical professionals, family courts, and the state from denying any right or privilege based on drug testing for marijuana.

Education - We will be expanding our outreach efforts to help form other NORML chapters throughout the state. I will soon be debating Assoicated Oregon Counties’ lobbyist Rob Bovett on the issue of that “West Idaho Compromise” that allows Eastern Oregon to ban pot shops while profiting from taxes on the pot shops in the west. We’re also looking into creating some advertising across the state to highlight these issues that still need to be addressed.

Of course, we couldn’t do it without your support. If you can make a donation to Portland NORML or join up as one of our paid members, we can do even more. Together, we’ll make it so Portland is America’s Cannabis Capital. 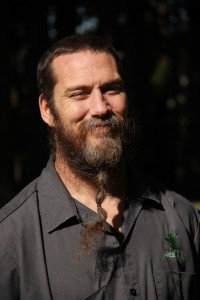 Thank you so much for supporting Portland NORML throughout this historic, newly legalized 2015 year. We’ve seen substantial growth and progress of our membership meetings, social gettogethers, and attendances at cannabis industry events over the year. It’s great to be grounded, but now is the time for Portland NORML to continue its growth! 2016 will be a busy year for Portland NORML, with the State of Oregon and many of its counties working to gut the already successfully-passed Measure 91 legalization initiative from 2014. We will also continue to support our members who are involved at the national level, working with at least 5 other states still fighting to pass Freedom.

Don’t forget to read your Portland NORML newsletters for the latest chapter news and State of Oregon/OLCC policy updates (as best as we can keep up)!